It seems odd to compose a maiden blog post, but I suppose I must if I want to get this thing on the road. My aim with this blog is to have a forum to post what I hope will be items sufficiently interesting actually to be read by live humans and not just web-trolling robots. 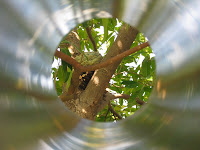 Much of what I write will have to do with life as a Canadian Anglican, with emphasis on either element as appropriate to the post. Mainly, I have been stimulated to set up a blog because of my involvement with the No Anglican Covenant movement. I am deeply committed to the Anglican Communion, and it is this commitment that leads me to oppose the Covenant. I believe (and I am not alone in that belief) that the Covenant as proposed will not only not help to strengthen the Anglican Communion, but risks furthering the rifts in the Communion by weaponizing the relations among members that disagree on a variety of issues.

The question of the place of gays and lesbians in the Church, which is often raised as the litmus test or shibboleth or authenticity in current disputes in the Communion, is only a presenting issue. It's an important issue for the People of God, and a test of our embrace of the Gospel, but it is not the real issue that is faced by the Anglican Communion. The real issue is fundamentally power, and who, if anyone, should set the agenda for the various autonomous Provinces of the Communion. Provincial autonomy, in my view, must be protected, not simply to allow each Province to do whatever it wants, but to allow each Province to develop according to its own discernment of what it means to be an authentic Anglican Christian in its own context, its own time and place. Without Provincial autonomy, we are reduced to ecclesiastical colonialism, which helps no-one, and impairs the spread of the Gospel.

In addition to views about the Anglican Communion, I shall likely add my own biased spin about a variety of matters with relevance to modern society, Canadian or otherwise, and my own observations as a tourist and inhabitant of the twenty-first century.

If anything I mention here is of interest or of help in stimulating others to ponder their own place in the Universe, well and good. If anything is amiss, I hope for the grace to amend it. If anything is not helpful, please ignore it.
Posted by Alan T Perry at 20:15

Comments are welcome, but moderated. Please use a name, any name or alias, or your comment will be deleted. I welcome constructive criticisms, profusive praise, and intelligent interjections. Abusive, nasty or libellous comments will be ruthlessly deleted. Hey, it's my blog and I get to be as arbitrary as I want!

Alan T Perry
I am a priest in the Anglican Church of Canada.

I am also a Canon of Christ Church Cathedral, Montreal

Disclaimer: unless otherwise stated, nothing in this blog should be construed as representing the position or opinion of anyone else but myself.

Why I Oppose the Anglican Covenant

A summary article on why I believe the proposed Anglican Covenant should be rejected. Complete with links to previous articles which give greater depth on a number of objections to the Covenant.