Section 1 of the proposed Anglican Covenant has received the least amount of comment or criticism of the whole document. The reason why is self-evident: there’s not much objectionable in this part of the proposal. But that doesn’t necessarily make it perfect.

Section 1 sets out “Our Inheritance of Faith”. Actually, this is a bit of a misnomer, because it really says more about who we are than about what we believe. I’ve already indicated that the term “communion” is a little fuzzy in the proposed Covenant, and we see this in section 1.1.1, in which the Churches affirm their “communion in the one holy catholic and apostolic church.” I don’t think I disagree with the affirmation; I’m just not entirely certain exactly what it means. I think it might mean that we each claim to be part of the “one, holy, catholic and apostolic church” (the RCs might disagree with that, I suppose) and that we acknowledge that none of us is the whole church - that there are other parts of that one church that are not part of the Anglican Communion. Maybe that’s what it means. It clearly can’t mean that we are all “in communion” with the whole church because, sadly, we aren’t.

It’s the next bit that attracted the only question in A Lambeth Commentary. Section 1.1.2 starts out well enough. We all affirm the faith which is found in the Scriptures and attested to by the creeds. But the question asked at Lambeth was why the “formularies of the Church of England” were referenced here. The question asked and answer given are as follows:


Q: What is meant by “historic formularies of the Church of England”?

A: There are certain texts, of varying degrees of authority, which were crucial in the formation of Anglican identity from its early days. However, not all of these (notably the 1662 Prayer Book) have played a direct role in the development of the ecclesial life of all the Provinces. Although we wish to emphasise the value of our common traditions and to pay careful attention to the historical roots of the Anglican family, we recognise that Provinces relate to these formularies and traditions in different ways, and will attend to this question in the next process of drafting.

With respect to theological discernment and teaching, the CDG agree with the comments of bishops that further clarity is needed on:


The Covenant Design Group is committed to further work to refine this section in light of comments received.

So the Covenant Design Group acknowledged that these “historic formularies” are seen differently in the different Churches of the Communion. Certainly the 1662 Book of Common Prayer hasn’t been used in Canada for nearly a century, in the United States for over two centuries and in Scotland ever, for example. And many Churches have long since moved to newer prayer books as the de facto norm for their worship, even if the 1662 BCP or some version of it retains status as the official prayer book.

My question is why the proposed Covenant suggests that the “historic formularies ... bear authentic witness to [the] faith.” (emphasis mine) My problem here is with the use of the present tense. These formularies were, according to the proposed Covenant, “forged in the context of the European Reformation” and it seems to me that they can only be properly understood in that context. By taking them out of their own context and placing them in our context today we make them try to speak to a context that their drafters could never have contemplated.

I don’t argue that the prayer book and the 39 Articles weren’t authentic witnesses to the faith in their day. Nor do I suggest that they have nothing to say to us today. But I do question whether decontextualizing these documents is fair either to the documents themselves or to us. I imagine most Anglicans would have very little interest, for example, in participating in a Commination service. (Many Anglicans would be surprised to discover that such a service ever existed!) And whilst the language of the 1662 wedding service sounds awfully quaint at first blush, many would blush for real at the mention of  “men’s carnal lusts and appetites, like brute beasts that have no understanding.” 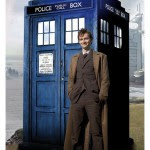 As to the 39 Articles, they are best understood as orienting the Church of England within the controversies of the 16th century. Although they continue to say some useful things, many, if not most, Anglicans would disagree, for example, with Article 37's endorsement of the death penalty. And the claim that “the Bishop of Rome hath no jurisdiction in this Realm of England” is both patently false today and irrelevant to the other Realms comprised by the Communion.

The formularies really should have been left in their own context rather than transported into ours as if by a Time Lord.

Taking things out of context is confusing.

Speaking of context, the next four clauses quote the Chicago-Lambeth Quadrilateral. Context is important here, too, because it seems a lot of people have forgotten it. It’s common for some people to suggest that the Quadrilateral would be perfectly adequate as a Covenant. It certainly does mention the bare-bones essentials. We have the Scriptures, the Creeds, the dominical Sacraments, and episcopacy. What else do we need? The point here, though, is that the Quadrilateral was not developed as a definition of what it means to be an Anglican Church; it was developed as a minimalistic definition of what it means, from our perspective, to be an authentic church of any kind. The Quadrilateral was developed with the idea that we might want to negotiate “Reunion” - or merger - with some other Church at some point and we would need a basic measuring stick to determine whether such other Church met the minimum requirements of authenticity. They would certainly have other features, but they would have to have these four or there would be no point talking to them. So, for example, there would be no talk of merger with congregationalist churches because they have no episcopacy. (Whether Presbyterianism is a legitimate local adaptation of episcopacy would have to be determined.) And we certainly couldn’t merge with teetotalling Methodists who use grape juice instead of wine for communion! (And, incidentally, the Orthodox Churches don’t fit the Quadrilateral exactly, because they don’t have the Apostles’ Creed. It’s a Western creed.) Still, there’s nothing to argue with in the Quadrilateral. We’d better all fit into it or we don’t even meet the minimal requirements of an authentic Church.

Finally, section 1.1 mentions our “shared patterns of common prayer and liturgy” and participation in mission, which is shared with other Churches. Which brings us full circle.

Based on these basic affirmations, section 1.2 has the signatories commit to a whole lot of care in the use of scripture, especially in “theological and moral reasoning” in our varying contexts. (Section 1.2.2) Section 1.2 really reflects the context of the dispute in the Communion that the proposed Covenant is supposed to address. But it’s not clear how we’re meant to account for those “varying contexts” or if the tension between them is supposed to be resolved or allowed to be creative. In fact, the question of context -  cultural, political, geographic, temporal and even psycho-social - is fundamental to our current disputes. It shapes our lives as Churches, it shapes our understanding and incarnation of the faith, and it shapes the proposed Covenant.

In setting out the fundamentals of the faith, Section 1 pays lip service to context, but it really doesn’t seem to be aware of the implications of context for how we might be able to live out the same faith in different ways in different contexts, and how we might be able to build creative relationships across the apparent boundaries of our different contexts.
Posted by Alan T Perry at 21:00

Comments are welcome, but moderated. Please use a name, any name or alias, or your comment will be deleted. I welcome constructive criticisms, profusive praise, and intelligent interjections. Abusive, nasty or libellous comments will be ruthlessly deleted. Hey, it's my blog and I get to be as arbitrary as I want!

Alan T Perry
I am a priest in the Anglican Church of Canada.

I am also a Canon of Christ Church Cathedral, Montreal

Disclaimer: unless otherwise stated, nothing in this blog should be construed as representing the position or opinion of anyone else but myself.

Why I Oppose the Anglican Covenant

A summary article on why I believe the proposed Anglican Covenant should be rejected. Complete with links to previous articles which give greater depth on a number of objections to the Covenant.